Dell Visor MR vs Lenovo Explorer Mixed Reality Headsets: What is better between the two?

• Ease of installation
• Absence of base stations for tracking
• Pixel grid is almost invisible in games
• Confident tracking and headsets, and controllers (while they are in the visibility zone of the headset)
• Strong controllers: a couple of times fucked up, but nothing, they work, even though one on the seam disperse

• Universal controllers – emulated as controllers of other Headsets
• Do not need to drill walls for external sensors
• Works on technology Hololens (Mixed Reality)
• Small pixels are almost invisible
• Quality construction of helmet and materials
• Comfortably sits on the head, the weight is evenly distributed on the head. 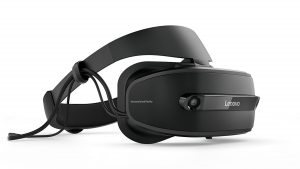 • Blur the image at the edges: in the center the picture is clear
• Lack of adjustment of interpupillary distance for people with non-standard IPD
• No built-in headphones 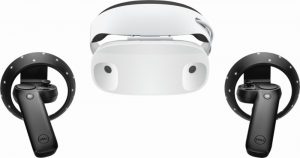 Zeiss One Plus Virtual Reality vs Samsung Gear VR Headset